A REFLECTION ON THE CLRNN WEBINAR SERIES ON CAMA 2020 “FROM LIQUIDATION TO RESCUE: A CRITICAL REVIEW OF THE NIGERIAN INSOLVENCY LAW REFORMS”

Introduction to the CLRNN Webinar on CAMA 2020 (Insolvency Reforms) 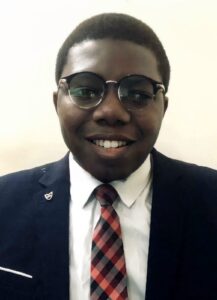 On August 7, 2020, the Companies and Allied Matters Act 2020 was assented to by the President of the Federal Republic of Nigeria after series of deliberations and amendments by the National Assembly. The Companies Allied Matters Act 1990 which had regulated corporate practice in Nigeria for 30 years was thereby repealed. The new Act came as huge relief to business and corporate practice in Nigeria due to the changes in business environment over the last thirty years. A major aspect of those reforms was the introduction of company rescue mechanisms to insolvency practice in Nigeria.

Recognizing the importance of these company rescue reforms, the Commercial Law Research Network Nigeria (CLRNN) organized a webinar titled “From Liquidation to Rescue: A Critical Review of the Nigerian Insolvency Law Reforms”. The webinar focused on the insolvency law reforms contained in CAMA 2020, discussing key issues surrounding corporate restructuring, and insolvency proceedings from the perspectives of the judiciary, practitioners, and academics.

On the Reform Journey

Dr Bolanle Adebola commenced the webinar by giving a brief history of the Companies and Allied Matters Act 1990. She noted that prior to the CAMA 1990, Nigeria had regulated its corporate space by indigenizing British Company Law- the Companies Ordinance 1912, as well as the Companies decree of 1968. CAMA 1990 introduced a framework that took the Nigerian interpretation of some key corporate concepts into account. For instance, she argued that the purview of receivership under Section 390 of the CAMA 1990 could be distinguished from receivership in the United Kingdom. A receiver/manager in Nigeria was charged by law to cater for the interest of the appointer, as well as other interests of the company. Unfortunately, this position was never given true effect in Nigeria, with the effect that we failed to contribute to the jurisprudence of corporate rescue. CAMA 2020 however, introduced the much-needed belated reforms and provisions for Corporate Rescue mechanisms which are in tandem with rescue practice today and offers new opportunities to contribute to the development of rescue law and practice.

Mr Seni Adio SAN, who led some of the activities that birthed CAMA 2020, commented on the process that led to the promulgation of the Act. CAMA 2020 came into being through the co-operation of the Nigerian Bar Association Section of Business Law (NBA-SBL), Nigerian Economic Submit Group (NESG), The Presidential Enabling Business Environment Council (PEBEC), The National Assembly and ENABLE2 – a DFID UK advisory and Consulting program.

Mr Okorie Kalu, General Secretary of the Business Recovery and Insolvency Practitioners Association of Nigeria (BRIPAN) and Vice-president of the Banking and Finance committee of the NBA-SBL, described the context within which legislative and institutional recommendations were designed for the reform of the corporate insolvency framework of Nigeria. The recommendations suggested by his team included a process for the regulation of insolvency practitioners, an increase in the winding-up threshold (from two thousand naira to two hundred thousand naira), provisions for Administration, Company Voluntary Arrangements (CVA), and Netting amongst others. The Act has been well received both domestically and internationally. This is evidenced by Nigeria’s improved ranking in World Bank’s Doing Business Index.

On the Utility and Consequences of the Reforms

Hon. Justice Dr Dimgba noted that the new insolvency provisions by CAMA 2020 are novel in the Nigerian space. Thus, the Nigerian courts will have to recourse to studying foreign jurisprudence for guidance in resolving issues that arise in the Nigerian context.  In addition, Nigerian judges will require training to expand their knowledge on corporate rescue practice in insolvency, which is still at infancy in Nigeria. Furthermore, he commented on the need to decipher whether there is any need for an administration to rescue a company, due to the high cost involved. This is necessary to avoid deepening insolvency at the expense of stakeholders.

Expounding further on the cost of insolvency, Dr Kayode Akintola noted the high cost of business rescue. He illustrated his point by using the example of the administration procedure. Administration requires the appointment of insolvency practitioners, stakeholder management, and asset valuation, among others. All these steps come at a cost to the distressed entity and run the risk of deepening insolvency, which only worsens the situation of the creditors who are seeking to realize the money owed to them. He argued therefore, that rescue mechanisms would not necessarily render the insolvency framework of a country attractive, particularly to creditors. He further stated categorically that Nigeria does not need a company rescue system unless there is a cross-border insolvency framework in place.

In an interesting but sadly short plenary, Dr Sanford Mba rebutted the position taken by Dr Akintola, arguing instead that there was a need for a robust company rescue mechanism, which some other panellists and attendees, including myself, concur with. Dr Mba finalized his rebuttal with the charge that the costs of the procedures could always be driven down in time, while insisting on the need to build a company rescue culture.

A Critical Appraisal of the Reforms

Dr Sanford Mba focused his presentation on the moratorium provisions of the new Act. He highlighted the aim of a moratorium provision in an insolvency framework and queried the ability of the moratorium provisions in the Act to cater for those objectives. Section 481 of CAMA 2020 provides for an interim moratorium – protecting the assets of a distressed company from liquidation when the administration process is initiated but the administrator has not been appointed. However, sub-section 4 of section 481 invalidates the supposed intention of that provision by picking the wrong cross-references; resulting in a situation in which the interim moratorium does not come into effect.

He also argued that the moratorium provided by Section 717 is also flawed. The section stipulates the documents, including the proposed plans to be set out by the company to the creditors for the arrangement or compromise, to be filed with the court to access the six months moratorium against any winding up or enforcement actions by creditors during a Schemes of Arrangement. On the face of it, the provision seeks to cater for the interests of the creditors by ensuring that only companies with a serious working plan can benefit from it. However, the company is still exposed to winding up and enforcement actions while the requisite documents are being prepared. He concluded therefore that the moratorium provisions in section 481 and 717 fail to provide effective protection for distressed companies seeking rescue.

The webinar was insightful and facilitated the understanding of the merits and lacunae of the insolvency provisions of CAMA 2020. Unfortunately, due to time, some debates were not fully settled. Notwithstanding, it was indeed successful and left participants with much on which to reflect. Panellists offered suggestions on how to fill the lacunae in the provisions of the now gazetted Act. Their suggestions largely invited a purposive implementation and interpretation of the new law by the judiciary. Such an approach would require the publication of the consultative report that led to the reforms or where possible, an annotation from the drafting committee as was done when CAMA 1990 was introduced.

I cannot say categorically that the Companies and Allied Matters Act 2020 is the end of the road regarding corporate practice regulation in Nigeria, however, I am convinced that it sets us on the right track.

Mr Victor Olusegun  is a Legal Practitioner and Early Career Researcher (ECR) with interests in corporate finance, capital markets and insolvency law.  He is currently a Finance Analyst at FCMB Capital Markets and can be contacted at victor.olusegun@fcmb.com.

Geographical Indications in Nigeria: In Conversation with Chinasa Uwanna