Changes to Nigeria’s Insolvency System by the Companies and Allied Matter Act, 2020: A Judicial Perspective 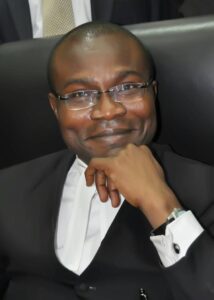 CAMA 2020 has been rightly described as the most significant business-related legislation in Nigeria in the last three decades. It embodies provisions which, if properly, efficiently and religiously implemented, would positively transform Nigeria’s business environment and enhance the ease of doing business in Nigeria. CAMA 2020 contains changes to Nigeria’s insolvency legal regime whose underlying philosophy arguably is the promotion of corporate rescue as opposed to the termination of the life of distressed businesses. For although the Supreme Court in Air Via Ltd v. Oriental Airlines Ltd, (2004) 4 SC (Pt.11) 3; [2004] 9 NWLR (Pt. 978) 298 stated the adverse nature of winding up proceedings, and the fact that it should not be used as a substitute for a debt recovery action, this has not deterred litigants and their counsel from resorting to the filing of winding up petitions against debtor companies, and sometimes unnecessary liquidation of the said companies, in situations when an ordinary debt recovery action could have been sufficient.

CAMA 1990 was itself partly or largely responsible for the above aberration.  By the said CAMA 1990, petitions for winding up could be brought when a company was unable to pay its debt, set at a minimum threshold of NGN2000, and which debt remains unsatisfied after a period of 3 weeks that a letter of demand had been received.  This requirement was pretty much easy to satisfy, leading to an avalanche of petitions that ultimately led to the termination of the life or liquidation of companies. This state of affairs was helped by the fact that besides winding up petitions, there were really no intermediate options open to financially distressed companies and their creditors to explore, in seeking the resolution of a company’s bad financial situation and exposure to creditors.  Although there was a provision in CAMA 1990 for a scheme of arrangement between a company and its creditors, this really had limited practical utility owing to certain practical and technical difficulties in the said option; and so, it was hardly ever utilized to resolve company’s financial obligations to creditors.

CAMA 2020 has brought a change in the insolvency landscape, seeking arguably to now promote a business rescue, as opposed to a business liquidation, culture.  The focus of this intervention is the changes which CAMA 2020 has made to Nigeria’s Insolvency Law System, speaking from the perspective of the Bench. In other words, my presentation or thoughts will be limited to the role of the Courts in relation to the revisions. For easy comprehension, I will consider the revisions under two broad headings. First, I will examine the newly introduced Company Voluntary Arrangements Procedure.  Second, I will examine the newly introduced Administration procedure.

A CVA involves a proposal by a company to its unsecured creditors, which results in a binding agreement, for an arrangement in satisfaction of the creditors’ debts. The Courts have pivotal roles to play in CVAs. The proposal and nominee’s opinion would have to be submitted to Court before the nominee can convene any meeting of the members and creditors of the company to consider and approve the proposal (with or without modifications).

The Chairman of the creditor and member meetings is mandated to make a report to Court. Where the meeting of creditors has reached a different decision from that reached at the creditors’ meeting, a member may apply to Court for the decision taken at the members’ meeting to be considered as if it had been taken at the creditors’ meeting. Also, a creditor or member who is dissatisfied with the approved CVA may approach the Court to challenge the decision on the ground of (i)unfair prejudice: section 440(1)(a) and (ii) material irregularity at or in relation to either meeting: section 440(1)(b). Finally, at the implementation phase, a a person who is dissatisfied with the actions of the Supervisor may challenge them at the Court. Upon such application to Court, a Court may give directions to the Supervisor to confirm, reverse or modify the act. The Supervisor may only be replaced through the Court.

Administration is a very significant procedure introduced by CAMA 2020 to Nigeria’s insolvency law and practice. This is the first time that Nigeria would be having a formal collective business rescue legal framework.

The objectives of the Administration procedure are to (i) rescue the company, the whole or any part of its undertaking, as a going concern; (ii) achieve a better result for the company’s creditors as a whole than would be likely if the company were wound up; and (iii) realize the property in order to make a distribution to one or more secured or preferential creditors: section 444(1). From the foregoing, we see that an Administrator’s primary objective is to rescue the company as a going concern. The administrator may only pursue the two other objectives in the order in which they are stated if, in his view, a rescue is not practicable. Accordingly, the objectives are listed in order of priority.

The Court plays very important roles in the Administration procedure, right from the initiation phase. There are two main routes into administration. One is through the courts (s443(1)) and the other is out of the court. Whenever an application is made, the Court may appoint an administrator where (i) it is satisfied that the company is or is likely to become insolvent, or (ii) it is likely to achieve the purpose of the administration: section 449, unless in cases in which the application is by the holder of a qualifying floating charge: section 472. A Creditor who is aggrieved by an administrator’s appointment may approach the Court for reprieve.

The court also plays an important role as soon as the procedure gets underway. The most significant feature of the Administration procedure is the moratorium. The moratorium suspends the filing of winding up petitions, the taking of steps to enforce security, the repossession of goods under hire purchase and the exercise of right of forfeiture by peaceable re-entry. These rights are merely suspended during the 12-month administration procedure and not extinguished. The aim is to give the Administrator a breathing space to carry out his responsibilities without any interferences. In this regard, a creditor who wishes to be exempted from the moratorium may approach the Court to seek for leave to proceed with an enforcement action. Such a creditor also has the option of seeking for the Administrator’s consent to proceed with the enforcement. However, where the interim moratorium is in place (before the administration formally commences), only Courts may give leave to such Creditors.

The Administrator is required to report any decision of creditors’ meeting on their proposals to the Court, the Corporate Affairs Commission and other persons prescribed by the Minister of Trade. A creditor who is dissatisfied with an Administrator’s actions may approach the Court for redress on the basis that he has unfairly harmed a member’s or creditor’s interest. A creditor or member may also apply to Court to complain that an Administrator is not performing his function as quickly or efficiently as practicable.

Although the provisions on Administration are novel in Nigeria, they draw their precedents from other jurisdictions.  Administration has been an insolvency option in the UK for decades, starting from the UK Insolvency Act of 1986, including the revisions made through the Enterprise Act of 2002. The principles developed around those provisions in the case law would provide a guide to the Nigerian Courts in the application of the administration provisions in CAMA 2020.   For example, the UK Courts would not make an administration order unless there is a real prospect of success in rescuing the business, selling it as a going concern, or a good arguable case for it as stated in Re Harris Simons Construction Ltd [1989] 1 WLR 368. Nigerian Courts are likely to take a cue from the positions taken by the UK courts and those of the courts of jurisdictions from which the novel provisions of CAMA 2020 have been drawn. The rules which govern the work of the Nigerian courts allow this type of leverage.

SOME THOUGHTS ON IMPLEMENTING THE NEW REFORMS

As well-intended as the innovations are, courts would also need to be conscious and maintain some vigilance, to ensure that litigants and their counsel do not in fact abuse the provisions in order to cheat their creditors and or to game the system.

Given that an administration order offers a moratorium from claims (or 12 months protection from debt recovery actions or enforcement by creditors), it is important to be vigilant that parties do not in fact use the administration procedure as a means not to achieve a business resuscitation or revival of the enterprise, as the administration order is meant to serve, but rather as a means to obtain the 12 months reprieve from harassment by creditors, while perfecting their plans to escape from jurisdiction, leaving in their wake a trail of hapless creditors.

The case of Alan Dick West Africa, set out in Petition No: FHC/L/CP/654/08, In The Matter of Alan Dick West Africa Ltd, and decided under the repealed CAMA 1990, constantly reminds us of the reason why both the courts and the creditors have to maintain eternal vigilance.  In the case in question, directors and shareholders of the company, who were aliens, had applied for compulsory winding up of the company on the basis that the company was unable to pay its debts, after having left Nigeria.  On the application of a major creditor (a Nigerian bank) that it be substituted as the Petitioner in place of the company, to enable the creditor and orders nominate a liquidator who would properly investigate suspicions that the company was badly managed by the alien directors, leading to the precarious financial position of the company, the directors then wrote to the Nigeria Court indicating that they were not willing to subject themselves to the jurisdiction of the Nigerian Court, and therefore not bound by the Court’s decision on the application for substitution.  This evinced a clear intention by the alien shareholders and directors to utilize the Nigerian law provisions on insolvency only to the extent that it would serve their interests, and to the detriment of the creditors and other stakeholders.

The Companies and Allied Matters Act, 2020 (CAMA 2020) has made significant and commendable revisions to Nigeria’s insolvency law.

Courts, and stakeholders such as the Corporate Affairs Commission, insolvency Practitioners, professional bodies, Banks and trade creditors, have significant roles to play in ensuring that the aims and objectives of the insolvency provisions in CAMA 2020 are achieved.  I should also add that though, as stated, the provisions are not unprecedented, but rather have been practised in some other jurisdictions from where the courts here can draw some lessons, courts here would benefit from capacity development in this new areas of insolvency and should be availed of any opportunities for knowledge increment when they arise.  Speaking of insolvency generally, it does not appear to me that we have had quite sufficient critical mass of insolvency cases in Nigeria from which judges would have developed a specialization.  In this respect, for the most part, all judges would appear to be learners and students of corporate insolvency.

You can also find his presentation during the CLRNN CAMA 2020 webinar here.

Geographical Indications in Nigeria: In Conversation with Chinasa Uwanna