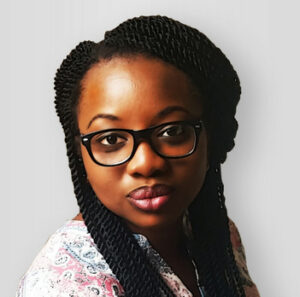 In 2018, the Federal Competition and Consumer Protection Act (“the Act”)was signed into law. The Act was considered significant for several reasons.

The foremost is that it introduced a competition law regime for the first time in Nigeria’s history. Therefore, many commentaries about the FCCPA focus on this new competition regime.

Yet, the Act delivers much more than a new competition regime. It also provides the first legislative update of the consumer protection framework in Nigeria since the country’s first consumer protection legislation was enacted in 1992 (the now repealed Consumer Protection Council Act).

The Act introduced important additions to the consumer law landscape. Notably, and for the first time, it expressly provides for specific consumer rights and highlights the duties of firms supplying goods and services to consumers. Additionally, the Act introduced the first significant attempt at the statutory regulation of unfair contract terms. The Act’s predecessor, the Consumer Protection Council Act, was silent on this issue. Although some states in the federation had enacted laws to deal with specific terms like exemption clauses, there was no uniform federal statutory framework for regulating unfair contract terms. As a result, where consumers had been subjected to unfair terms, they had to rely on contract law principles to secure a remedy.

The relevant provisions of the Act providing the statutory framework for the regulation of contract terms are contained in Part XV of the Act.

Second, the Act appears to provide guidance for a broader assessment of unfairness. Section127(2) provides four broad conditions against which a term may be assessed and deemed unfair, unreasonable or unjust. First, a term will be unfair if it is “excessively one-sided in favour of any person other than the consumer.” Second, a term is unfair if it is so “adverse to the consumer as to be inequitable.” Third, a term will be unfair if the consumer relied upon a false, misleading or deceptive representation or a statement of opinion provided by or on behalf of a supplier, to the detriment of the consumer. Finally, a term will be deemed unfair if the fact, nature, and effect of the term were not drawn to the consumer’s attention. This broad approach to assessing unfair contract terms creates regulatory flexibility by ensuring that unfair terms which are not expressly mentioned in the Act can be caught within its regulatory scope. It also ensures that suppliers do not exploit the use of disingenuous drafting to avoid the reach of the Act.

Third, the Act under s.128(1) further imposes a duty to notify consumers of four specific terms before completing a transaction or agreement. These include terms which (i)limit the liability of suppliers, (ii) constitute an assumption of risk or liability by the consumer, (iii)impose an obligation on the consumer to indemnify a supplier(iv) purport to be an acknowledgement of any fact by the consumer. In addition to a duty to notify, firms are expected to ensure that consumers are given adequate opportunity to receive and comprehend the contract term. The Act does not explicitly indicate why these four terms have been singled out. Still, one may assume and argue that these terms are of an onerous or unusual nature and can significantly affect a consumer’s rights under a contract, thus justifying the extra attention given to them. In addition, the requirement to give notice is in line with the idea of promoting fair and open dealing, which ensures that consumers are not subjected to contract terms that are “concealed pitfalls or traps.”

Fourth, the Act provides what can be described as a blacklist of terms which are outrightly void for being in contravention of the Act. Section129(1) lists numerous examples of such terms. These include terms seeking to waive rights recognised under the Act or avoid obligations or duties imposed by the Act. Other examples include terms seeking to limit or exempt liability for any loss attributable to the gross negligence of a supplier or their agent and terms which falsely express an acknowledgement by the consumer that no representations or warranties were made before an agreement was completed. Black lists are often justified because they are a pragmatic way of preserving enforcement resources. There is no need to subject clearly inequitable terms to a fairness test when it is evident that a finding of unfairness will be the guaranteed outcome. Black lists can also provoke fast proactive responses from businesses as they are more likely to react to unequivocal commands.

Overall, these statutory provisions are a promising first step for developing the law on the regulation of unfair contract terms in Nigeria. However, there are gaps that require further clarity.

First, as described above, the Act provides some guidance for assessing whether a term is “unfair, unjust or inequitable.” However, it is unclear if the outlined considerations apply cumulatively or whether a single condition alone can successfully support a finding of unfairness. Also, it is unclear if proof of detriment or loss suffered by the consumer is necessary to support a finding that a term is “unfair, unjust or inequitable.” The Federal Competition and Consumer Protection Commission(FCCPC), the primary regulator under the Act, is yet to provide official guidance on the application of the Act, including how this assessment should be carried out. Such lack of regulatory clarity can negatively impact compliance and commercial and legal certainty. In the absence of clear guidance, it appears that much will depend on how courts interpret these provisions. As there has not been a previous statute controlling the use of unfair terms, there is no direct precedent which may provide clues on how courts may approach this issue. Perhaps, one may turn to general ideas of good faith under Nigerian contract law to fill any interpretation gaps. The only problem with this approach is that the concept of good faith in Nigerian contract law is not entirely coherent. Thus, case law may not adequately clarify how courts will approach unfair contract terms. One must, however, note that some of the conditions stated under the Act for assessing fairness (such as whether a term is excessively one-sided and adverse to the consumer as to be inequitable) are reminiscent of considerations for the assessment of fairness under the European Union’s regime for the regulation of contract terms. Hence, The FCPC and Nigerian courts may look to the European Union’s jurisprudence on these issues to assist it in clarifying the application of the statutory provisions.

Second, in prohibiting unfair terms, the Act in section 127(1)(a) singles out terms which include a price that is considered unfair, unreasonable or unjust. It is unclear why an attempt at controlling a price term has been included within the purview of this regime. In other jurisdictions with strong contract terms regulation like the EU, price terms are exempted from any assessment of fairness. Under the EU’s Unfair Contract Terms Directive, the price term exemption applies so long as the term is transparent (expressed in plain and intelligible language) and prominent (brought to the consumer’s attention). The legislative history of the Unfair Contract Terms Directive indicates that an initial plan to include price terms in the assessment of fairness was criticised for having far-reaching consequences on the freedom of contract. The price term exemption was therefore seen as a compromise between consumer protection and freedom of contract.  On this basis, it is argued that the Act’s approach fails to balance the competing interest of promoting party autonomy and freedom of contract with the need to protect consumers.  The considered view is that it is not necessary to subject the price agreed between contractual parties to regulatory scrutiny because it is not the role of courts or regulators to negotiate a better bargain on behalf of any party.

Third, the Act expressly states that the blacklisted terms in section129 are void. No similar pronouncement is made with regards to the other key provisions discussed earlier. While the Act prohibits unfair terms and requires that notice is provided of unusual or onerous terms, it does not expressly explain the consequences of failing to meet these requirements. It is not clear if such terms will be void outright or if they simply raise a presumption of unfairness that the supplier must rebut. An explicit provision on the effect of unfair terms would have been an essential addition to the Act.

Overall, the provisions of the Act represent a significant milestone in efforts to protect Nigerian consumers from being subjected to unfair contract terms. However, there is room for improvement, and an easy starting point will involve the issue of regulatory guidance from the FCCPC, which addresses some of the issues highlighted above.

Dr Nwanneka Ezechukwu is a lecturer at the School of Law, University of Sheffield. Her core research interest is in consumer law and policy. Her current focus is on how regulatory mechanisms can be used to protect the interests of consumers in the face of rapidly changing technology. She held previous  academic roles at the University of Nottingham, Nottingham Trent University and Birmingham City University.