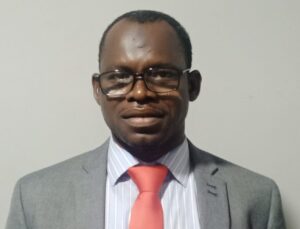 Commercial Law Research Network Nigeria (CLRNN) interviews Dr Nuhu Yidana, expert in consumer and commercial law. In this interview, he provides an overview of the supervision and enforcement of consumer law in Ghana, and proffers recommendations for the improvement of the framework.

Introduction to the Regulatory Framework for Consumer Protection in Ghana

CLRNN: What is the legislative framework for consumer protection in Ghana?

DR NUHU YIDANA (NY): There is no single overarching consumer protection legislation in Ghana. The regulatory framework is fragmented and consists of both public and private law mechanisms. These cover various pieces of legislation and Common Law protections.

From a Common Law perspective, consumers can rely on contract and tort law principles to address consumer protection issues. In terms of legislation, examples of key statutes containing consumer protection provisions include the Sale of Goods Act 1962, the Hire Purchase Act 1974, the Contracts Act 1960 and the Electronic Transactions Act 2008.

CLRNN: Is there a regulator that is primarily responsible for supervising the consumer protection framework?

In addition, there is the Public Utilities Regulatory Commission (PURC), which was established by the Public Utilities Regulatory Commission Act 1997. The PURC regulates public utility providers and acts like a “referee” between these providers and consumers. The PURC supervises the delivery of public utilities to consumers and sets standards that utility providers must comply with. For example, the PURC mandates that public utility companies establish procedures for dealing with consumer complaints and can request that such procedures be reviewed or modified.

In the energy sector, consumer interests are protected by the Energy Commission established by the Energy Commission Act 1997. Apart from ensuring that consumers receive quality services, they are also responsible for ensuring that household appliances and electronic gadgets meet prescribed minimum energy efficiency and are safe for consumers. In addition, labelling requirements are mandated to ensure that consumers are not misled.

CLRNN: What supervisory and enforcement powers are available to the identified regulator(s)?

NY: Regulators in Ghana have supervisory powers to pre-empt breaches of laws within their jurisdictional competence that directly impact consumer interests.

One popular supervisory tool is inspections. The Ghana Standards Authority (GSA), for instance, carries out several types of inspections. They conduct pre-market inspections where they offer testing services and carry out conformity assessments to ensure that goods and services comply with laid down standards before they are made available in consumer markets.  Goods manufactured domestically are also inspected and certified as meeting required standards. Where appropriate, they may also issue certificates of conformity to enable the use of standard marks on certified products to demonstrate that they meet the required standard.  The GSA may also conduct destination inspections of high-risk goods imported into Ghana to ensure that they meet the requisite standards for Ghanaian consumer markets.

Apart from inspections, regulators also use market surveillance tools to ensure compliance. For example, regulators often conduct site visits to observe whether market practices are consistent with regulatory requirements. This is popular with the GSA, The Food and Drugs Authority and the Energy Commission, especially in the nation’s capital.

Regulators also have a range of enforcement powers to deter non-compliance.

Enforcement powers include the power to seize and destroy goods which do not meet approved standards. For example, the Energy Commission is empowered to seize appliances that are not properly labelled or that have been labelled deceptively. These appliances may be tested, and records of such tests used as evidence in proceedings against the business involved. Where appropriate, such appliances may be subject to forfeiture and may be destroyed or re-exported (where the appliances are imported). The Ghana Standards Authority can seize improperly labelled products when carrying out its market surveillance activities. Such products may be forfeited and disposed of under the Ghana Standards (Food Drugs and Other Goods) General Labelling Rules 1992.

Regulators can also recall substandard products and require that erring businesses carry out remedial actions to ensure that the products meet the requisite standards. For example, the Food and Drugs Authority may recall substandard products and issue alerts for such products, which are published on its website. Apart from seizing improperly labelled electrical goods, the Energy Commission can also require that suppliers re-label the goods to bring them in compliance with regulatory requirements. Failure to re-label goods can lead to their destruction.

The use of administrative fines is another popular enforcement tool. Subject to establishing legislation, regulators can levy administrative fines for regulatory offences committed by non-complying traders. Regulators can also maintain enforcement actions against non-complying traders in court. In addition, erring traders may be subject to criminal sanctions like fines and imprisonment, although the latter is less popularly used.

CLRNN: Are the results of the regulator’s enforcement work and actions publicised and published by the regulator(s)?

NY: Some regulators like the Food and Drug Authority publish the results of their market surveillance activities and regulatory actions resulting from them. The identity of erring traders is, however, not often divulged. The PURC also publishes the results of investigations and enforcement actions on its website. The Energy Commission also publishes inspection reports and details of unapproved products.

CLRNN: Can the regulator(s) maintain actions on behalf of consumers where there has been a breach of consumer protection laws?

NY: While regulators can use their supervisory and enforcement powers to protect consumer interests, they cannot maintain court actions directly on behalf of consumers.

CLRNN: Do consumer organisations have a recognised (statutory or regulatory) role in enforcing consumer laws?

NY: There are several non-governmental organisations involved in consumer advocacy in Ghana. A prominent one is the Consumer Protection Agency, which is active in raising consumer awareness, informally resolving consumer issues and advocating for consumer welfare. However, despite the critical role played by such organisations, they do not have a recognised statutory role in the enforcement of consumer law. Unlike jurisdictions like the UK, where a recognised consumer organisation is a designated enforcer under the Enterprise Act 2002, we do not have a similar arrangement in Ghana.

CLRNN: Do you have any suggestions on how the current consumer protection frameworks can be improved to better serve the Ghanaian consumer?

NY: There are a range of weaknesses in the current regulatory framework which should be addressed to ensure that there are effective and coherent arrangements to protect consumer interests.

Additionally, a dedicated consumer protection authority will also play an important role in ensuring that consumer protection efforts are coordinated coherently and given adequate attention. This is one of the issues covered in the Attorney General’s Bill that I earlier referred to.

Another point to make is that the lack of a dedicated consumer statute also means that there are no statutory consumer remedies where there has been a breach. While consumers can rely on contract and tort law principles to secure private law remedies in court, litigation can be expensive and limiting. But, again, we can look to the example in the UK where the Consumer Rights Act 2015 provides several statutory remedies to consumers.

A related issue involves the provision of direct and more flexible remedies to consumers that result from public enforcement actions. Currently, although regulators can take up enforcement action where there has been non-compliance if traders are found to be in breach, consumers may not necessarily benefit from any direct redress remedies despite suffering losses. In jurisdictions like the UK, such anomalies have been addressed by including enhanced consumer measures to the Enterprise Act 2002. A similar approach may be useful in the Ghanaian context as it will allow regulators to pursue more meaningful outcomes for consumers.

The presence of regulators also needs to be expanded in Ghana. Currently, some regulators with a consumer protection mandate have limited regional offices, but more needs to be done to make them more accessible. In particular, it may be helpful for regulators to open offices in currently underserved regions and in the various districts across the country so that consumers can easily access them to seek advice or lodge complaints.

CLRNN – Thank you very much, Dr Yidana, for this overview of the regulatory framework for consumer protection in Ghana.