Welcome to another episode of CLRNNCast! In this episode, CLRNN is in conversation with Dr Andrew Nevin, Partner and Chief Economist at PwC Nigeria, who provides an interesting assessment of the state of health of the Nigerian economy and outlines steps that Nigeria should take in the post-Covid-19 pandemic and oil crisis recovery phase. 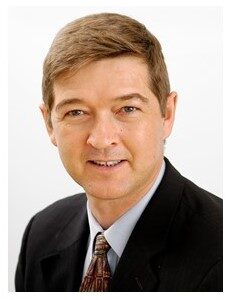 Andrew is PWC West Africa’s Financial Services Leader across Assurance, Tax, and Advisory. His clients include Banks across Africa, insurance companies, and capital market players. He works at the complex intersection of economics, strategy, capital markets, and investment.

He is also Founding Governor, Financial Centre for Sustainability Lagos, Founding Director, Africa Institute for Leadership and Public Administration, a member of the Advisory Board at Lagos Business School (LBS) and a tireless advocate for innovation in Nigeria, amongst other things. Andrew mentors, writes and is a well-known media figure in Africa.

Andrew has been a leading voice in discussions about the key challenges of the Nigerian economy. He notes the difficulties that Nigeria has been facing since the last set of exogenous shock of 2014/15 which resulted in the recession of 2016. He notes:

“…we’ve had a difficult time since 2015/2016. I’m sure people listening today know that we had in Nigeria an absolute recession in 2016. The economy shrunk 1.6% and then we’ve had three years of very poor growth around 2% of the official GDP numbers. And of course, the population growth in Nigeria is somewhere between 2.7 and 3%. So essentially, that means that Nigerians prior to the COVID-19 crisis summary getting poorer and poorer per capita for four or five years.”

Andrew explains some of the challenges the Nigerian government has had in responding to the on-going economic upheaval in the country; largely that the government is impeded by limited resources. According to Andrew:

“I think it’s been quite challenging for the government…They’re aware that there needs to be support for certain industries and certain individuals in society. But the reality is that Nigeria doesn’t have the same level of resources or buffer that some other countries do. So if I compare it to developed nations, you’ve had the fiscal stimulus in the range of 15 – 25% of GDP… When you contrast it with Nigeria, I think the fiscal stimulus is about 11/2 – 2% of the GDP of Nigeria. So while the federal government is certainly trying, given where we are fiscally, there just isn’t enough room to do to do enough.

Looking at the future, Andrew sets out the challenges the Central Bank of Nigeria faces in achieving the dream of double digit growth in the next 5 years. He states:

“So, we’ve said for years, if we had to explain the challenge in Nigeria in a single fact  – we want to grow 6-8% which is what PwC says 6 – 8% GDP growth inclusively. We need investment of around 27/28% of GDP per year. If we want to grow at what the Governor of the Central Bank said  – at 10%, which heartened me when he said it about 18 months ago – we need to invest probably 32/33% of GDP. But we’re only investing 16 or 17%. So it’s mathematically impossible for us to grow at 6-8% if we’re only investing 16 – 17%… if you compare that gap I just described, which is the difference between say 16% and 27% of GDP…that gap is probably NGN12 trillion short of investment a year.”

Andrew suggests that the future of Nigeria lies in simplify the process of doing business in Nigeria. This process requires both economic and regulatory changes. For him, it also including harnessing the brains that we have in Nigeria and exporting same, as India has done successfully. For more on Andrew’s assessment of the recovery phase, listen to the interview below.