Welcome to another episode of CLRNNCast! In the second of this 2-part discussion, CLRNN carries on its conversation with Mr Dele Alabi, MD – Ecobank Transnational Incorporated (ETI) Specialised Finance Company, who provides an insightful review of the responses of the Federal Government of Nigeria and the Central Bank of Nigeria (CBN) to the twin crises buffeting the Nigerian economy – the Covid-19 pandemic and the oil crisis. He also makes recommendations for the recovery phase. 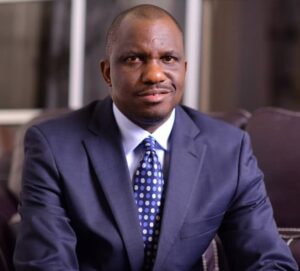 Mr Alabi is an award winning chartered stockbroker, accountant, tax practitioner and banker, with several decades of diverse experience in the banking industry. He has worked in various functions across the Ecobank Group, including Treasury and Financial Institutions, Strategy and Business Development, Corporate Banking, Finance, Controls and Risk Management.  He also has country supervision and management experience, having been the pioneer Managing Director for Ecobank Uganda from inception in January 2009 till August 2011.

He is the president of the West African Bankers’ Association (WABA), Nigeria Chapter, as well as the National Treasurer of the Chartered Institute of Bankers of Nigeria (CIBN).

Mr Alabi examines the growing national debt; considering its implications for the Nigerian economy as well as for the entities operating within it. He says:

He evaluates some of the monetary and prudential regulations made by the CBN, in particular in relation to the Cash Reserve ratio and Loan to Deposit ratio. In his opinion:

“Another major regulatory issue is the cash reserve requirement. For me, it is really major because the CRR of 27.5% that Nigeria has today – that has been stipulated by the CBN –  is actually one of the highest in the world. So if I were to make a recommendation, I will say that for the CBN to walk the talk more, there is a need to gradually, without necessarily generating inflationary trend, release some of the liquidity that has been locked up on that CRR, to enable the banks to lend more to the preferred sectors of the economy.”

He sets out the implications of the crisis on broader regional economies.

“Sitting as Ecobank, we are able to see the impact of this pandemic, across the region in Africa. And it’s actually been really, very significant.

…Of course, sitting as the president of the West African bankers’ Association, Nigeria chapter… we’ve already come up with certain proactive strategies that we wanted to implement, working with the initiative on on AfCFTA to ensure that there is more integration first within West Africa, and ultimately cutting across Africa….

For more on Mr Alabi ‘s reflections on the management of NPLs in the remaining half of the year, debt recovery in light of the expected CAMA reform Act, regional and sub-regional integration of banking and economic activities in Africa, as well as his recommendations for the post-covid and oil crisis recovery phase, listen to the conversation in the podcast below.