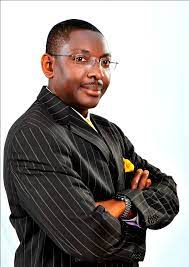 Non-State entities have influenced cross-border bankruptcy norms from time immemorial, as traders set norms for bankruptcy. State and court involvement in setting cross-border norms of bankruptcy and purely commercial transactions is a reasonably recent phenomenon, with English courts playing a pioneering role from the late 18th century. Norm-setting in cross-border insolvency is challenging for many reasons. States exercise territorial exclusivity over bankruptcy norms within their territories, while seeking the universal effect of those norms over assets and debtors located outside same. Conflict and accommodation are inevitable, with other States refusing to recognize foreign bankruptcy orders.

Treaties allow States to accommodate their differences on bankruptcy norms, but negotiating treaties is cumbersome. As a matter of the general strategy to maintain world peace and security, States establish multilateral institutions for the negotiation, modernization, and harmonization of international laws, especially trade laws, including insolvency laws. The involvement of non-State entities in global public norm evolution has been the subject of many studies, especially in international human rights law and policy. The life cycle approach developed in the human rights and policy context postulated that a norm has a life cycle with three stages: emergence, cascade, and internalization, and different actors perform different roles with varying motivations at the various stages of the norm life cycle.

This PhD thesis explains the role of a non-State entity, INSOL International, in shaping the UNCITRAL Model Law on Cross-Border Insolvency adopted by the UN General Assembly in 1997 using the life cycle approach. It utilized a triangulation of doctrinal, empirical and legal history data to determine whether the norm life cycle theory could explain the role of INSOL in shaping the Model Law.

Non-State entities have influenced bankruptcy norms even before Roman Times. The Model Law results from a complex and complicated private-public legal ordering in which the interests of non-State entities intermingle with those of State sovereigns, providing legitimacy and accountability to multilateral normative sites. The life cycle approach enabled a review of how INSOL manoeuvred the policy terrain to generate, cascade and ensure the internalization of cooperation and coordination norms among State courts. These norms underpin the Model Law.

The thesis demonstrated why, how and where INSOL shaped the Model Law. Its findings provide positive lessons in the success of INSOL for State and non-State entities excluded from the global norm setting process. In addition, the thesis found that a gap exists between the interests of non-State entities and low GDP states excluded from participation at the two earlier stages of emergence and cascade but required to diffuse the norm at the last stage of internalization. It argues that while the life cycle theory is helpful in our understanding of the role of INSOL in shaping the Model Law, it provides no solution for dealing with the gaps in the normative weight of States in global law-making. Given the impact of INSOL on international norm making, the thesis suggests balancing the gaps among States. It further recommends balancing the gaps between States and non-State entities through the early involvement of members from low GDP states in the activities of non-State entities and at the early stages of the life cycle of a norm. It argues that this approach would facilitate the subsequent internalization and diffusion of such norms in those States.

Anthony Idigbe is a legal practitioner with over 3 decades of commercial law experience. He was elevated to the rank of Senior Advocate of Nigeria (SAN) in 2000 and has obtained a PhD from York University in 2021. Please follow this link to access the full dissertation.

See below for the video discussion on the main themes of the thesis:

Reflections on Dr Folashade Adeyemo’s book launch: Banking Regulation in Africa – The Case of Nigeria and Other Emerging Economies