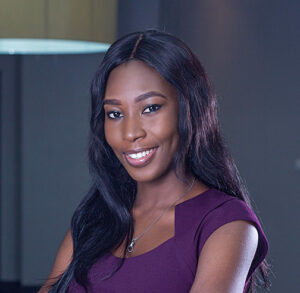 This two-part article reviews key changes to the Nigerian legal and regulatory framework for M&A introduced by newly enacted legislation. In Part 1, we examined the general landscape of the merger regulatory framework. Part 2 examines the rules regulating the merger of regulated entities, as well as the impact of CAMA 2020.

Prior to the enactment of the FCCP Act, M&A transactions in Nigeria were primarily within the regulatory oversight of the Securities and Exchange Commission (“SEC”), per the provisions of the Investments and Securities Act 2007 (“ISA”) and the Consolidated Securities and Exchange Commission Rules & Regulations, 2013 and amendments thereto (the “SEC Rules”). Further to the enactment of the FCCP Act, however, and the consequent repeal of the sections of the ISA that previously regulated mergers and acquisitions, the responsibility of approving mergers and acquisitions has been conferred on the new body established under the FCCP Act – the Federal Competition and Customer Protection Commission (the “Commission” or the “FCCPC”) – thus limiting the role of the SEC to transactions involving public companies. The impacts of that reform will be considered in this blog.

The regulatory review framework applicable to transactions involving regulated entities is more complex than that for unregulated companies, as such companies typically require notifications to/approval by multiple regulators. Section 102 of the FCCP Act confers the FCCPC with concurrent jurisdiction with other regulators or government agencies in matters or conducts that affect competition and consumer protection. The  FCCPC  has precedence over other regulators for matters relating to competition and consumer protection. In some instances, however, as would be demonstrated below, the jurisdiction of the FCCPC is diluted by parallel legislation which confers exclusive jurisdiction on alternative regulators.

More specifically, changes in control of undertakings operating in specialised sectors such as banking, oil and gas, telecommunications, pensions, aviation etc., are also subject to notification or approval requirements by the relevant regulators. In practice, where a merger involves a regulated entity, the FCCPC would request evidence of the approval of the sector regulator before issuing its final approval of the transaction.

There have been sector-specific developments that impact the FCCPC’s jurisdiction over transactions involving certain regulated entities. Most notable is the enactment of the Banks and Other Financial Institutions Act, 2020 (“BOFIA 2020”), which practically ousts the jurisdiction of the FCCPC over banks and other financial institutions regulated by the Central Bank of Nigeria (the “CBN”). In Section 65, BOFIA 2020 stipulates that the provisions of the FCCP Act shall not apply to any function, act, financial product, or financial services issued or undertaking, and transaction however described, by a bank, specialised bank or other financial institutions (OFIs).Furthermore, all references to the FCCPC in sections 92(1), (2) and (3) of the FCCP Act are to be deemed and construed as references to the CBN. As such, the CBN and not the FCCPC regulates merger transactions between banks, specialised banks and OFIs, and approvals/ notification requirements applicable to such regulated entities are within the purview of the CBN.

For transactions that involve banks and OFIs on the one hand, and non-regulated entities on the other, some confusion exists on the applicable regulatory framework. For example, certain practitioners have taken the view that where a transaction, which has a bank or OFI as a party, involves another party, such a transaction would fall within the purview of both the CBN and the FCCPC. Another school of thought posits that the CBN will assume full jurisdiction over a transaction to the extent that a bank or OFI is involved. Notably, the FCCPC has indicated informally that it will collaborate with the CBN on the review of merger transactions involving banks and OFIs. It remains to be seen how collaboration between both agencies, in this regard, will be implemented.

In addition to the enactment of the FCCP Act, the Companies and Allied Matters Act 2020 (“CAMA 2020”), which was signed into law on 7 August 2020, similarly introduced changes to the legal framework for M&A transactions in Nigeria.  With the repeal of the relevant sections of the ISA, which were not reproduced in the FCCP Act, there became a lacuna in the market on the procedure for executing merger transactions. In Sections 711 and 712 CAMA 2020CAMA 2020, incorporates a significant portion of the repealed sections of the ISA and sets out the procedures for undertaking mergers (business combinations) and schemes for compromise, arrangement or reconstruction between two or more companies, which were hitherto contained in the SEC Rules.

CAMA 2020 has also changed certain dynamics in the execution of share allotments and transfers regarding acquisitions. For example, statutory pre-emption and tag-along rights are introduced for the allotment of shares of companies. Under CAMA 2020, companies shall not allot newly issued shares unless they are offered in the first instance to all existing shareholders of the class to be issued in the proportion as nearly as may be to their existing holdings. In practice, such provisions are not out of place for private companies, with some already having pre-emption clauses in their articles of association. What is novel is the application of this statutory requirement to public companies. This is impractical because it would appear that capital raises by public companies would always have to feature a first offer to all existing shareholders – to the extent that the new shares are in the same class as the shares held by the existing shareholders. This development has created hurdles in transaction structuring, given that public companies have numerous and rapidly-changing shareholders from whom it would be difficult to procure individual waivers of the statutory right.

Also significant is that Nigerian corporate law has done away with the concept of “authorised share capital” pursuant to CAMA 2020. Section 868 of CAMA 2020 narrowly defines “share capital” to mean the issued share capital of a company. This indicates that the corporate regime under CAMA 2020 does not contemplate the retention of unissued or unallotted shares by companies. Moreover, guidance issued by the Corporate Affairs Commission requires companies having unissued share capital at the commencement of CAMA 2020 to fully issue their unissued shares not later than 31 December 2022.[1] This development means that companies would have to increase their share capital on a case-by-case basis to the extent required to effect particular transactions. An increase in share capital is also less likely to be a practical condition precedent to closing transactions as a company may not be able to undertake a share capital increase in abeyance, without confirmation of the investor’s commitment and consummation of the deal. This ultimately impacts the transaction efficiency and timeline for completion.

Part 1 reflected on the merits of the improved regulatory landscape in Nigeria. Notwithstanding, a few changes would be required to render the system more effective. One key area that emerges from the discussions in this part is the challenge of regulatory overlap. As has been noted, notifications must be given on multiple fronts, particularly in the case of regulated industries, in the transaction review process. This invariably leads to higher transaction costs. Therefore, it is recommended that the respective regulators collaborate to harmonise the regulatory procedures/processes and facilitate effective resource sharing, resulting in reduced fees. In addition, impractical introductions into the allotment of shares and maintenance of unissued shares into the CAMA 2020 should be replaced by more facilitative alternatives, particularly in the case of public companies.

[1] The deadline for the requirement to issued unissued shares under the Companies Regulations was originally 30 June 2021 but an extension was provided pursuant to an Official Notice issued by the Corporate Affairs Commission dated 16 April 2021.

Abisola Akinyemi is an Associate at Aluko & Oyebode, Nigeria, where she provides legal and commercial advisory services to clients on a spectrum of transactions in Corporate Finance, Capital Markets, M&A and Private Equity.

Reflections on Dr Folashade Adeyemo’s book launch: Banking Regulation in Africa – The Case of Nigeria and Other Emerging Economies

Banking Law in Nigeria: Insights into the Modern Regulatory Framework