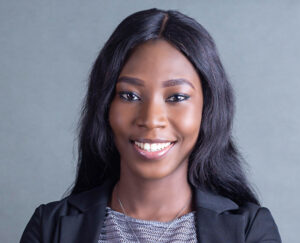 Prior to the enactment of the FCCP Act, M&A transactions in Nigeria were primarily within the regulatory oversight of the Securities and Exchange Commission (“SEC”), per the provisions of the Investments and Securities Act 2007 (“ISA”) and the Consolidated Securities and Exchange Commission Rules & Regulations, 2013 and amendments thereto (the “SEC Rules”). Further to the enactment of the FCCP Act, however, and the consequent repeal of the sections of the ISA that previously regulated mergers and acquisitions, the responsibility of approving mergers and acquisitions has been conferred on the new body established under the FCCP Act – the Federal Competition and Customer Protection Commission (the “Commission” or the “FCCPC”) – thus limiting the role of the SEC to transactions involving public companies. In addition to the enactment of the FCCP Act, the Companies and Allied Matters Act 2020 (“CAMA 2020”), which was signed into law on 7 August 2020, similarly introduced changes to the legal framework for M&A transactions in Nigeria. Furthermore, other sector-specific legislation have been issued during the intervening period.

This two-part article reviews key changes to the Nigerian legal and regulatory framework for M&A introduced by newly enacted legislation. While Part 1 examines the general landscape, Part 2 examines the rules regulating the merger of regulated entities, as well as the impact of CAMA 2020. Both parts highlight some challenges introduced by the reforms and provide recommendations by which these can be remedied.

The FCCP Act applies to all undertakings and commercial activities within or having effect within Nigeria and also applies to all profit-making activities geared towards the satisfaction of demand from the public, including conduct outside Nigeria in defined circumstances. In section 93, the Act provides that a proposed merger may not be implemented unless it has first been notified to and approved by the FCCPC, subject to the notification thresholds determined by the Commission. The implementation of a notifiable transaction without regulatory approval renders any action taken towards the implementation of such a transaction void. Furthermore, failure to obtain regulatory approval amounts to an offence liable on conviction to a fine. In the past year, the FCCPC instituted investigations into a number of merger transactions that were concluded without its approval, though no transactions have been publicly rendered void at the time of writing this article.

The question of whether a transaction will require regulatory approval under the FCCP Act is determined by the following pointers:

Where the responses to all three considerations are in the affirmative, such a transaction is notifiable and requires the approval of the FCCPC.

It is pertinent to note that, unlike the ISA, which separates mergers (in the context of business combinations) from acquisitions, the FCCP Act uses the broad term “merger” to capture different forms of corporate restructuring transactions, including acquisitions, similar to practices obtainable in international frameworks such as the E.U merger control framework. Under section 92 of the Act, a merger is said to occur when one or more undertakings directly or indirectly acquire(s) or establish(es) direct or indirect control over the whole or part of the business of another undertaking, in any manner including through:

The Act goes further to examine what amounts to an undertaking having control over the business of another undertaking; this includes, among others,

Consequently, where a share/asset transfer or a business combination directly or indirectly confers upon an undertaking or group of undertakings control of another undertaking in any manner described above, such a transaction will amount to a merger under the Act.

On the notification thresholds, the Act restricts the categories of mergers to small and large mergers, unlike the ISA, which sets out three categories of mergers. Pursuant to the Act, a merger transaction originating from or having an effect in Nigeria, will be notifiable to the FCCPC before implementation if in the preceding financial year:

You can see further, Paragraph 1.1 of the Government Notice S.I No. 32 of 2019, Notice of Threshold for Merger Notification which was issued pursuant to Section 93(4) of the FCCP Act.

Transactions falling below the stipulated threshold, essentially small mergers, may be implemented without the approval of the FCCPC and may be voluntarily notified to the Commission at any time. On the other hand, Section 96(4) of the FCCP Act provides that all large mergers must be notified and cannot be implemented unless approved by the Commission with or without conditions.

The FCCP Act has extra-territorial application. It captures conduct outside Nigeria by any person concerning the acquisition of shares or other assets outside Nigeria, resulting in the change of control of a business or any asset in Nigeria. By the provisions of the FCCP Act, indirect offshore acquisitions now clearly require the approval of the FCCPC where the transaction amounts to a change in control in Nigeria or has an impact on the Nigerian market. In the course of executing offshore M&A deals, foreign mergers, which record significant revenue from Nigeria and/or have Nigerian subsidiaries need to seek Nigerian legal advice to determine whether any regulatory approval(s), consent or notification requirements would be triggered in Nigeria by their offshore transactions.

In November 2020, the FCCPC issued the Merger Review Regulations (the “Regulations”) and Merger Review Guidelines to provide additional guidance and context to merger parties and stakeholders on the merger review process. Notably, the Regulations exempt internal restructuring transactions and related-party transactions from the notification requirement – to the extent that such transactions do not result in a change in control. The Regulations also expand the scope of cases where the ability to exercise material influence over an undertaking will amount to possession of control. These provisions on material influence and establishment of control from acquisitions of minority shareholding have generally been found problematic by stakeholders as the breadth of the Regulations would capture a wide range of transactions that feature investor-protection mechanisms that should ordinarily not amount to mergers requiring merger control/ competition approval.

A negative clearance procedure that involves a preliminary assessment for clearance by the FCCPC has been introduced under the Regulations for the benefit of parties who are uncertain whether a proposed transaction constitutes a notifiable merger. A simplified procedure has also been instituted for transactions that raise no significant competition concerns. This procedure is often adopted in the case of foreign mergers with a local nexus/ component.

The FCCPC also recently amended the filing fees applicable to notifiable mergers in response to feedback received from stakeholders.[1] The amendment seeks to reduce the applicable rates for the calculation of filings fees payable to the FCCPC based on the combined annual turnover of the merging parties.

While there have several changes in the ecosystem, there appears to be greater certainty on the applicable process and requirements for undertaking merger transactions in Nigeria. A robust merger control framework also makes for an improved regulatory landscape in Nigeria, as is obtainable in developed economies. M&A transactions could potentially have an anti-competitive effect on the market; merger control is, therefore, an essential tool employed by countries to prevent the creation of monopolistic and anti-competitive markets. Part 2 will introduce the challenges that arise in the regulation of the merger of regulated entities.

Abisola Akinyemi is an Associate at Aluko & Oyebode, Nigeria, where she provides legal and commercial advisory services to clients on a spectrum of transactions in Corporate Finance, Capital Markets, M&A and Private Equity.