In this blog, Ugochi, an Early Career Researcher, sets out her reflections on the insights she obtained from her training at the Arbitration Academy in Paris. 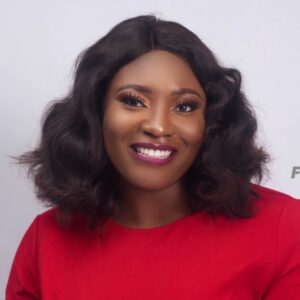 I am a doctoral candidate at the University of Reading. My thesis examines the Diversity Challenge in Arbitrator Appointments. I am also a member of the CLRNN Executive Committee, on which I serve as the CLRNN Administrator. I hold an LLM (with distinction) in International Commercial Law with International Dispute Resolution (Arbitration) from the University of Reading, a Bachelor of laws degree from Afe Babalola University and have been called to the Nigerian Bar.

My Journey to the Arbitration Academy 2021:

Following a call for expressions of interest, I applied for a place on the Academy in March 2021. At the same time, I applied for a scholarship to sponsor my attendance. My application was endorsed by my supervisor and University. In June 2021, I received an e-mail notifying me of my selection as a delegate and a further mail notifying me that I had been sponsored by leading firms in international arbitration Asafo and Co ,in collaboration with Clyde & Co. The sponsorship covered both my tuition and living expenses throughout my stay in Paris.

About the Arbitration Academy:

The Arbitration Academy provides training and teaches advanced courses to students and young practitioners interested in international arbitration. The annual training holds in Paris during the Summer. In 2021, it was held between 5th – 23rd July 2021.

Abriani began the session with a brief discussion on the different methods of resolving investor-State disputes. They include:

Other features of ICSID highlighted by Abriani include that:

The Jurisdiction of ICSID

Abriani set out the jurisdiction of ICSID in great detail. He noted that the ICSID convention, which was signed in 1965 and came into force in 1966, sets the scope of its jurisdiction in arbitration and conciliation proceedings. On the other hand, the ICSID Administrative and Financial Regulations sets the rules for the financial administration of its disputes. It regulates the payment that the parties must make in advance and the financial regulations applicable to the institutions. ICSID also has its Institution Rules which governs the filing of a request for arbitration as contained in Article 36 of the ICSID Convention.

The jurisdiction of ICSID is limited to disputes involving its Member States. According to Article 25 of the ICSID Convention, before ICSID can exercise jurisdiction, the claim must:

The objective theorists opine that an investment must meet the following criteria: i) it must make a significant contribution of money/assets in the host country. ii) it must have a certain duration, iii) it must entail a certain business risk, and  iv) it must contribute to the economic development of the host state. Abriani stated that most times, when the objective test was adopted, the tribunal relied on criteria (i-iii) only and not necessarily the fourth.

On the other hand, the subjective approach assumes that since both parties must consent to arbitration, the parties ought to define what constitutes an investment and their agreement alone will give ICSID jurisdiction. For example, BITs contain a long list of what constitutes an investment, and this list may include claims for money or other things which may not necessarily qualify as an investment in the eyes of a tribunal or under the objective test. Subjective theorists suggests that the objective criteria implies that compliance with the treaty or contract that serves as a basis of consensus does not suffice for an ICSID dispute, but that some other inherent criteria exists in Article 25 which must also be complied with.

To Abriani, neither of the theories should be the norm but that the definition of an investment should be decided by the tribunal in each case

3.It must be between Member States; Disputing parties shall be a Member State and a national of another Member State. The parties shall be Member State on the day of the agreement to arbitrate and on the day of the registration of disputes. These two dates are important in determining jurisdiction. The investor shall not be of the same nationality as the host State, independent of whether the BIT allows the nationals of the host country to institute investment disputes. This does not mean that dual nationals cannot bring an action.

4.Consent in writing: This is the last requirement under Art 25; Although the ICSID Convention states that disputing parties must have ratified the convention and are Member States, mere ratification does not equate consent to arbitrate at ICSID. Consent to arbitrate would be given in a separate document. This could be in three kinds of instruments: contract which includes a clause in an agreement, A foreign investment contract, concession agreement, investment law; In SPP v. Egypt (the pyramid’s case), the tribunal accepted for the first time that consent can be given based on a foreign investment law. The most common is the consent given by States in a BIT or multilateral investment treaty. Consent to ICSID arbitration is irrevocable; parties cannot withdraw consent unliterally after they give consent.

Abriani gave an insightful lecture on ICSID, its features and jurisdiction. He also discussed the controversial parts of the ICSID Convention. While Abriani does not recommend a modification of the Convention, he proposes that controversies over the meaning of a legal dispute should be resolved by the tribunals.

The Arbitration Academy lays a good foundation for young arbitrators hoping to build a career in international arbitration. The seminars provide insights on arbitration practice in both commercial and investment arbitration which would help young practitioners choose a path. It is also great for student and academics because its special lectures highlight the grey areas and introduces vast areas of research. Finally, the Academy offers a great avenue to interact with renowned arbitrators, as it holds interactive sessions and cocktails to meet and build personal networks.