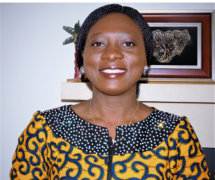 As has been stated elsewhere, the enactment of the Companies and Allied Matters Act (CAMA) 1990 was heralded in Nigeria as landmark company legislation, not least because it was the first indigenous company law in Nigeria. It was also heralded by leading company law scholar, Prof Akanki, as the start of the ‘tradition of progressive company law reform’ in Nigeria.

The notion of ‘progressiveness’ as used by Prof Akanki was not fully unpacked. Nevertheless, when his tribute to the CAMA 1990 reforms is read in conjunction with those of similarly placed scholars such as Prof Olakunle Orojo, it becomes clear progressive was used in its etymological sense. These scholars were paying tribute to the advancement of Nigerian company, by which the reformers instituted the codification of corporate law and departed from common law concepts that were considered incongruent with the Nigerian approach. The expectation was that future reforms to CAMA would continue in the same progressive tradition.

In the seminar presentation embedded below, I examine the progressive credentials of CAMA 2020. While my arguments stand on the shoulders of the giants of Nigeria company law, I further their approach by situating the Nigerian framework within the global discussion on corporate and insolvency law, which also has at its heart, debates on progressiveness. My approach is founded on the need to: (i) facilitate a better understanding of the founding ethos of Nigerian company and insolvency law, and the alignment of the 2020 changes with the same (ii) ensure that the contributions made by countries such as Nigeria to the development of company and insolvency law are better understood and accepted within and outside Nigeria.

Progressive corporate law challenges the normative theory that the corporation exists to maximise shareholder wealth. It mounts a counter-hegemonic vision of corporate law that extends the primary role of the company to a broader range of stakeholders. Progressive corporate law scholars thus advocate a communitarian vision of the company within which the company maximizes the benefits enjoyed by a wide range of stakeholders invested in it. Progressive scholars also advocate for stakeholders who cannot adequately protect themselves by contract. At the heart of the debate between the progressives and shareholder wealth theorists is a methodological battle. While the latter is largely the domain of the contractarian approach to law, dominated by law and economics scholars who view the company through the prism of finance and economic based theories, the former is dominated by a disparate group of scholars who seek to bring a wide range of disciplines, typically from behavioural sciences, to bear on the analysis of the company towards building a more just corporate law system.

Within the world of insolvency, the progressive march of communitarianism against the law and economics-based creditors’ bargain theory (CBT) was popularised in the United States. The CBT perspective asserts that the goal of insolvency law is to resolve the collective action problem that arises where a company becomes unable to pay its creditors. To that end, that the role of insolvency law is to maximize the value of the company and/or its assets for the benefit of its pool of creditors. The progressive response asserts that the value of the company and/or its assets should be maximised in the interests of its wider range of stakeholders, to which end the notion of corporate rescue/reorganization plays a pertinent role. In its broadest form, it argues that the loss suffered by stakeholders is not limited to their contractual interests. To that end, the rehabilitation of the distressed entity preserves the broader interests of owners in their company, employees in continued employment, suppliers and creditors in continued business and the community in the continued existence of a contributor to its life and economy.

Though Baird accepted in the 90s that the rehabilitation of distressed entities could facilitate the maximisation of value for creditors by enabling a timely initiation of rescue, the debate on the first principles of corporate rescue/reorganization is far from over. This time, the debate has occupied a more global position as so-called advanced and emerging economies embark on a wide modification agenda to improve their insolvency systems in an effort to facilitate the maximisation of value. The wave of reforms has prioritised rescue/rehabilitation procedures that maximise the interest of a wider range of stakeholders. It is, however, the ability of the law-on-the books to change the law-in-practice that has both resurrected and sustains the debate between the progressives and the law and economics scholars, such as the CBT theorists.

Several emerging economies within Common Law Africa have recently reformed their insolvency systems to match the pre-2020 form of the insolvency law of England and Wales. Nigeria is no exception. CAMA 2020 was introduced, inter alia, to modernise the insolvency law of Nigeria, as well as to, reportedly, introduce a framework for corporate rescue. The extent to which these reforms could be termed progressive depends on the prism from which progressiveness is viewed. In the video below, I argue that the quality of the reforms did not match the progressive approach envisioned by Prof Akanki and other company law scholars in Nigeria.

Where progressiveness is conceptualised as advancement as it is in one sense of the Akanki-Orojo approach, then the 2020 reforms are, at best, only partially progressive. This contrasts with CAMA 1990 that went beyond the state of corporate and insolvency law in England and Wales within the same period. The Akanki notion of progressiveness also includes an improvement on the external influences of the reforms. This goal was most visibly achieved in insolvency law through the changes to the duties of the receiver and manager. As I have argued elsewhere, it is unfortunate the reforms were  only partially understood by Nigerian practitioners and completely misunderstood outside of Nigeria because of English Common Law roots of the Nigerian framework. The Nigerian receivership was instead dismissed as anomalous by a World Bank Report.[1] For these reasons, the Nigerian contribution to the development of corporate rescue frameworks was truncated and unrecognised. While CAMA 2020 introduces new procedures, its changes do not place the Nigerian insolvency framework at par with global insolvency frameworks. Rather, its insolvency changes largely take the Nigerian insolvency framework as far as 2002 England and Wales.

Finally, the 1990 improvements sought to incorporate progressiveness in the sense used by progressive corporate and insolvency theorists by modifying insolvency procedures to cater to the broader interests of a wider range of stakeholders. In this sense of the concept, the 2020 reforms again return mixed results. While some of its procedures improve the position of wider stakeholders, the secured creditor is given substantial control of the operations of same eroding the progressive credentials of the reforms.

Please see the video below for the seminar presentation:

Bolanle Adebola is an Associate Professor Law at the University of Reading, where she specialises in international commercial law. Her expertise cuts across the corporate and commercial law of both developed and emerging economies. She is also Convener, CLRNN.

[1] N Cooper, ‘Insolvency Law and Reform and Some Preliminary Thoughts on Nigeria’.