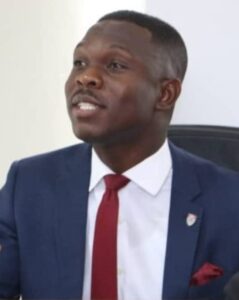 This blog discusses the recent reforms to the corporate insolvency and restructuring law of Ghana. It considers whether the new tools for corporate reorganisation and rescue introduced under Ghana’s recent business law reforms, the current regulatory context, and judicial capacity will lead to the desired shift towards a corporate rescue culture. It concludes that it is doubtful that recent changes in the law alone will lead to a surge in corporate rescues in Ghana.

Background to the Reforms

The insolvency regime of Ghana ranked 161 out of 190 economies in the  World Bank’s Doing Business 2020 rankings. This represented the lowest score by Ghana among the ten indicators which form part of the Ease of Doing Business rankings. In the years leading to this report, there had been a growing consensus on the need to reform the insolvency law. This need was recognised by the Ghanaian government in the memorandum to the Corporate Insolvency Bill 2019 that was presented before its Parliament. The Ghanaian Attorney-General proposing the new law stated that

“… due to the changing environment of doing business and the significant change in insolvency practice”, the “absence of legislation to deal with corporate insolvency reveals a huge loophole in our commercial laws”.

The absence of laws to deal with corporate insolvency was however only partial. The existing legislation on corporate insolvency at the time of the introduction of the Corporate Insolvency Bill 2019 could be found in the Companies Act, 1963 (Act 179) and the Bodies Corporate (Official Liquidation) Act, 1963 (Act 180). The rules contained in both of these laws were however skewed towards the liquidation of financially distressed entities. The 1963 Companies Act was repealed and replaced by the Companies Act, 2019 (Act 992) in August 2019, while the 1963 Bodies Corporate (Official Liquidation) Act was repealed and replaced by Ghana’s new Corporate Insolvency and Restructuring Act, 2020 (Act 1015)  Thus, the Ghanaian corporate insolvency and rescue legal framework still includes the combination of its Companies and Insolvency Acts. The blog turns next to the new and revamped procedures.

The Corporate Rescue System in Ghana

As can be surmised from the foregoing, the statutory options available to financially distressed or insolvent companies before Ghana’s new insolvency and restructuring law were limited to official liquidation and reorganisation techniques under the general companies’ legislation. There was no dedicated corporate rescue regime supported outside that law. While informal or private arrangements for rescue were possible outside of the law, these were neither well-developed nor frequently used.

The Companies Act 2019 has introduced two additional tools to influence corporate rescue, namely Compromises and Divisions. These new tools are in addition to voluntary variations of shareholder and creditor class rights, schemes of arrangements and mergers, which were available under the 1963 law. Under the new Companies Act 2019, a cross-class cram down approach to bind dissenters is still available to a company or other entity proposing an arrangement or compromise, though the same is not available to the other techniques.

The Corporate Insolvency and Restructuring Act 2020 aims to “provide a framework for restructuring viable businesses and closing and transferring assets of failed business” and to reduce “the burden of insolvency through higher and equitable distribution of assets of a company to creditors”. The Act introduces a new rescue tool through which a restructuring agreement can be developed and implemented, called the Administration process. It is important to note that although Administration existed under Ghanaian law prior to the 2020 legislation, there was no legislative requirement that it ought to lead to the proposal and approval of restructuring agreement which is expected to bind the creditors and shareholders of the company.

The 2020 insolvency law also provides rules on cross-border insolvency proceedings, creates an Insolvency Services Division under the Office of the Registrar of Companies, provides rules for netting agreements and their enforcement and demarcates the judicial role in the administration, restructuring and official liquidation.

A Review of the Reforms

While all these reforms are well-intended, it is doubtful that the introduction of legal rules and new institutions alone will influence the required attitudinal shift towards the restructuring, rather than the liquidation, of distressed companies especially among secured creditors. A number of realities account for this seemingly grim conclusion:

The swift changes expected under the new Ghanaian corporate insolvency and restructuring framework will therefore take some time to materialise if they materialise at all. To hear more on the foregoing, please see Kenneth’s presentation at the CLRNN Spotlight on Corporate Governance and Insolvency Law in Africa seminar below:

Mr Kenneth Ghartey is a Lecturer at the University of Ghana School of Law. He is a lawyer and a Valuation and Estate Surveyor by training. He has significant corporate and commercial legal advisory and consulting experience. He is currently Chair of the Publications Volunteer Sub-Committee for the Corporate Restructuring and Insolvency Journal hosted by the Ghana Association of Restructuring and Insolvency Advisors.