CLRNN in Conversation with Prof Paul Idornigie SAN I 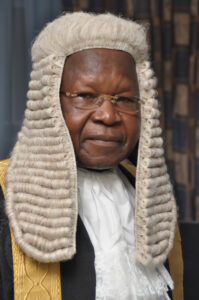 In the first conversation of our series on commercial law reform in Nigeria, we examine the law reform process in Nigeria. To that end, we unpack the origins of the Companies and Allied Matters Act CAMA 2020, unveiling the activities that led to its enactment.

The Companies and Allied Matters Act (‘CAMA’) 2020 was welcomed with considerable excitement in August 2020, when the President of the Federal Republic of Nigeria signed the Bill into law. Little is known of the origins of this Act, however.

Prof Idornigie SAN led a committee (the ‘Idornigie Committee’) to undertake a comprehensive review of the business regulatory environment in Nigeria.

The members of the Idornigie Committee were:

The Idornigie Committee was commissioned by the 8th National Assembly – Office of the Senate President & Speaker of the House of Representatives. His Excellency, Dr Bukola Saraki (the President of the 8th Senate) commissioned the committee in response to Nigeria’s poor rankings in the World Bank’s Doing Business Report. The activities of the Idornigie Committee were sponsored by the Department for International Development (DfID) through its programs (i) Enhancing Nigeria Advocacy for a Better Business Environment (ENABLE 2) and (ii) Growth & Employment in States (GEMS 3).

The objectives of the Idornigie committee included the following six (6) elements:

The Idornigie Committee Report has recorded some major achievements in the five years since it was presented.

Its achievements include the enactment of the Federal Competition and Consumer Protection Council Act (FCCPA) 2019 and CAMA 2020. The former introduced a comprehensive regime on competition into Nigeria, while the latter reformed a 30-year-old Act. In addition, the Secured Transactions in Movable Assets Act, 2017 (otherwise known as Collateral Registry Act) and the Credit Reporting Act, 2017 also owe their enactment to the Idornigie Committee.

Other Bills influenced by the work of the Idornigie committee include:

For the challenges of the commercial law reform process in Nigeria and other thoughts of Prof Idornigie SAN, see the full interview below.