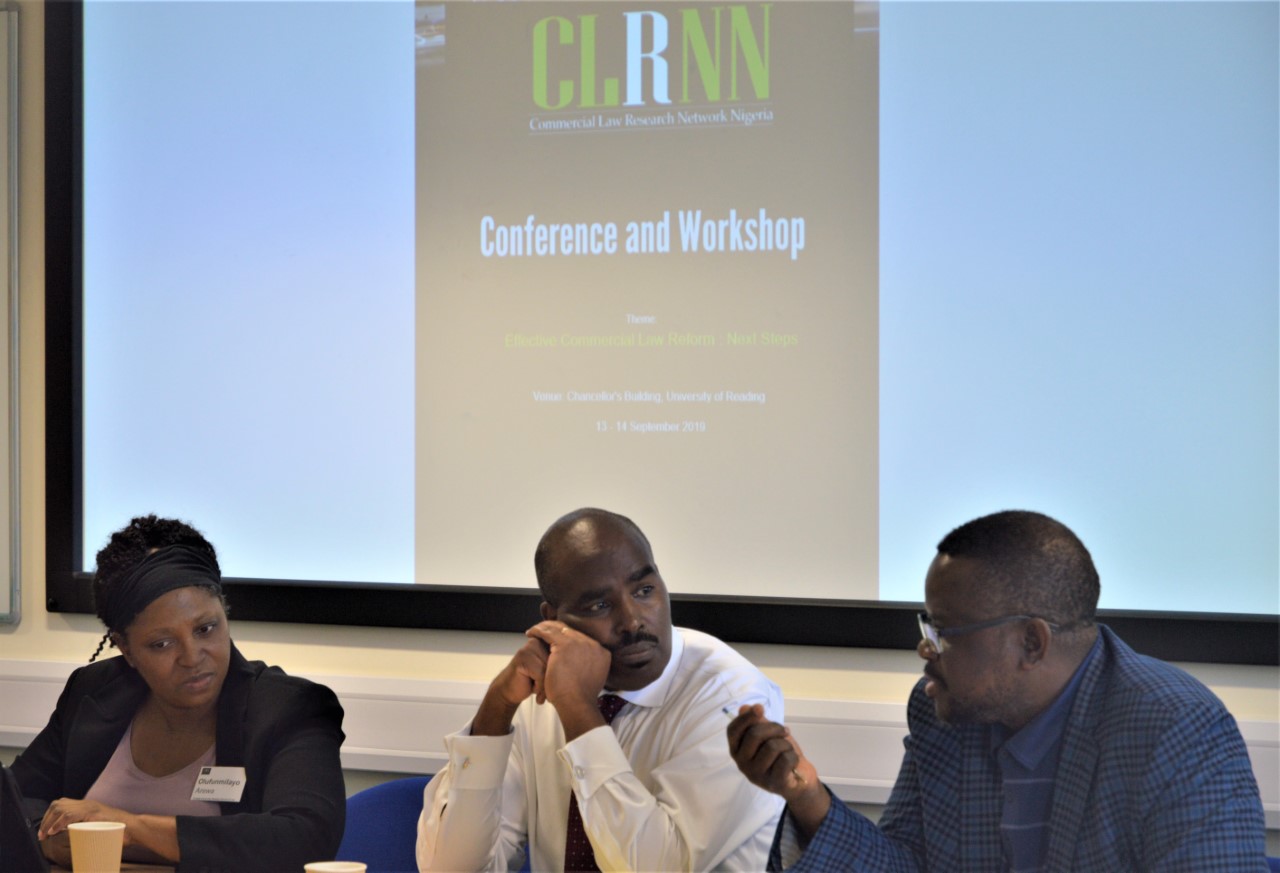 The CLRNN methodology workshop is an integral facet of the CLRNN vision. It provides a forum through which a rich methodology culture can be fostered amongst Nigerian researchers. To that end, it affords established researchers a platform  to discuss the effective design and execution of methodologies and methods through which to produce rigorous and defensible outputs that provide contextual understanding of commercial law in Nigeria. It provides their early-career counterparts the opportunity to discuss their experiences and challenges, as well as to acquire new knowledge. CLRNN is particularly committed to facilitating research mentorship opportunities for early-career researchers through the methodology workshop. This, it achieves by creating links with established researchers tasked with providing them with personal feedback on their research designs, as well as the methodologies and methods through which they are to be executed.

The CLRNN inaugural methodology workshop was funded by the Arts and Humanities Research Council (AHRC) and hosted on the 13th September 2019, by the University of Reading School of Law. It was led by Professor James Gathii, Professor Olufunmilayo Arewa, and Professor Obiora Okafor and attended by 35 researchers of varying experiences. It comprised two sessions: the first was dedicated to three small group discussions led by each professor, while the second involved the re-convening of the group for a question and answer (Q & A) session led by the panel of professors. The small-group sessions involved the examination of the research projects, research questions, as well as the methodologies and methods applied by each researcher. To improve the quality of discussions, early career researchers had been invited to provide a statement of their research projects, as well as the methodologies and methods through which these were being, or planned to be executed. The 25 statements submitted were appraised by the professors, to facilitate the provision of useful individual feedback. Both projects and feedback were discussed during the session; permitting other researchers within the groups to learn and contribute their opinions.

Of note, was the fact that several participants in the workshop were applying Third World Approaches to International Law,  co-developed by Professors James Gathii and Obiora Okafor, to their research projects. The workshop thus provided these researchers with the opportunity to meet some of the authors of their preferred approach, gain insights into the context in which it was designed, and understand the challenges they faced in the design process. There were lively debates about its scope and amenability to the various uses to which researchers wished to put it. Professor Olufunmilayo Arewa’s adroitness in the use of various empirical methods was enlightening for those pursuing empirical studies. 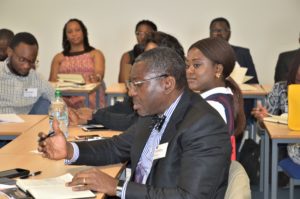 Much of the Q&A session focused on the challenges African legal researchers face in choosing fitting methodologies and methods for their projects. There were also questions on how to effectively defend methodologies and methods applied to projects, particularly for PhD students; to which the panellists responded with practical tips. Some challenges were raised repeatedly by researchers, to wit: (i) A better understanding of methodologies and methods (ii) Lack of funding, and (iii) Lack of access to reliable data. The panel noted that CLRNN addresses the first issue through its methodology workshop. On the question of funding, the panel highlighted cross-disciplinary challenges in accessing research funding, the importance and challenges of funding theoretical/non-applied research, as well as the ethical issues related to sponsored research. They attributed the poor funding facilities for African researchers to the extremely low contributions that African governments, bar a few, make to research and development. Notwithstanding, they identified possible sources of funds including the Tertiary Education Trust Fund, the Economic Commission for Africa, CODESRIA and the Economic Community of West African States (ECOWAS).

On accessing reliable data, the panel extolled the importance of creativity and resilience in research design and execution. They suggested avenues through which to unearth contextual information, where the acquisition of quantitative data is onerous. These include the careful use of experiments, interviews and comparative studies, which could provide useful insights, while assisting the researcher to frame issues more clearly. These insights could facilitate the division of huge projects into smaller sections on which quantitative data could be accessed in time. Researchers were referred to the work done by excellent scholars such as Katerina Linos and Taslim Elias using these and similar methods.

Researchers noted that the combined effect of the three challenges listed above is typically for them to resort to the use doctrinal methods; even where this methodology and its methods undermine the rigour and significance of their outputs. One researcher indicated that he has had to revise his methodology and methods, having found that the approach he fervidly fought to use when designing his project could not be executed successfully without access to reliable quantitative data. The panellists reiterated the importance of creativity in designing projects and combining methods, while explaining that doctrinal methods do not necessarily result in outputs that lack rigour and significance. 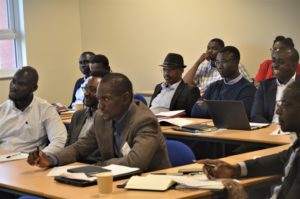 journeys. One researcher described the difficulties that she has faced in extracting insightful responses from a stakeholder group about their practices, in an on-going project. A part of the project involves understanding how practitioners shape the practices within their industry. The researcher had noticed a divergence between the law-on-the-books and the law-in-practice. However, the practitioners from whom she had tried to extract illumination simply referred her back to the books. The panel suggested ethnographic methods, with clear advice on how to adapt it to the project. Panellists also stated that interviews with non-practitioner stakeholders in the industry. Finally, that comparative studies drawn from carefully selected jurisdictions with similar practices could provide insights on how to structure the questions that would elicit the desired responses from the practitioners.

Every researcher reported that they benefited from the workshop. They extolled the informal and supportive atmosphere within which conversations were had. They especially appreciated the small-group sessions; with 52% of the respondents to the feedback form requesting for a longer time-slot in future, to enable deeper feedback conversations between researchers and session leaders. While some researchers appeared to enjoy the breadth of methods and projects discussed within their groups, others suggested that the sessions should be grouped according to research methods, with researchers of varying levels invited to present case studies on the design and execution of each method in a research project. They commented on the openness of conversations, breadth of topics and insightful guidance provided by the panellists in the Q&A session. Some researchers requested access to literature on the methodologies and methods discussed. Likewise, the panel charged CLRNN to create and disseminate bibliographies to assist researchers, as they educate themselves on the use of methodologies and methods in research.

CLRNN welcomes the feedback and notes that these align closely with its vision and objectives. It will roll out the bibliographies and case studies through its resource tab which hosts its blog, the CLRNNStreams, as well as its audio interviews through its podcast, CLRNNCast. CLRNN also commits to improving future methodology workshops by expanding the allocated time and content. We look forward to collaboratively developing research skills amongst our members.